Major success for ALLU and Murray Plant at Hillhead 2018

By Murray Plant HireAugust 7, 2018 No Comments 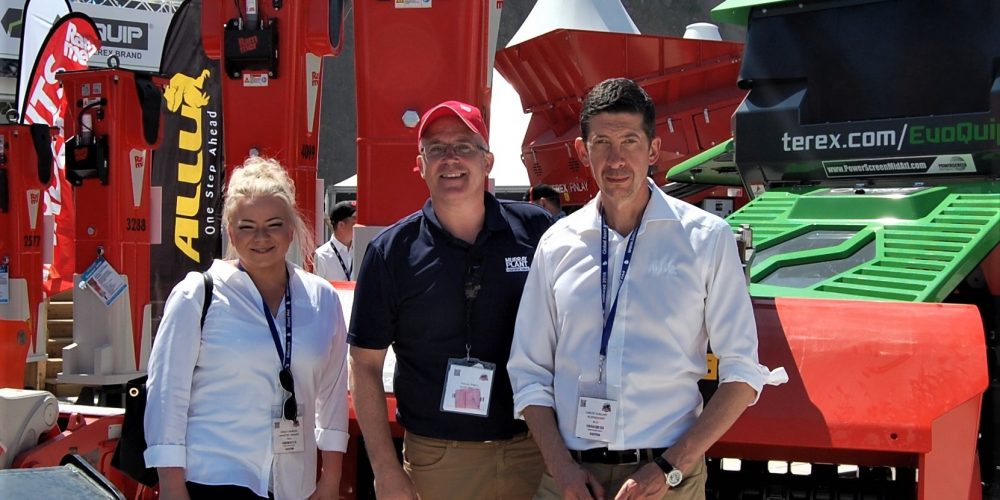 The exciting capabilities of the ALLU range of Transformers were shown at Hillhead 2018 for the first time by ALLU’s new UK distributor, Blue Machinery Group Company Murray Plant. The company was delighted with the reception the ALLU Transformers received, with many new orders being taken during the three day show.

Hillhead was held from the 26th – 28th June in Buxton, Derbyshire, and is the world’s largest ‘live-action’ quarrying show. As such, ALLU used the show to demonstrate the benefits of the Transformer Series, which has proved to be ideal for quarrying, surface mining and aggregate production.

The ALLU range of equipment was exhibited by its new UK dealer, Murray Plant. Part of the Blue Machinery Group of companies, Murray Plant also displayed other key product ranges, including the world-renowned Rammer hydraulic breakers and demolition attachments.

The ideal solution for quarrying and aggregates

The ALLU Transformer Series was the main focus of Murray Plant’s ALLU offering at Hillhead. This comprises of an excavator/ loader/ tractor mounted processing bucket which screens, pulverizes, aerates, blends, mixes, separates, even crushes, feeds and loads materials. This results in the feed material being effectively transformed into highly valuable products, making any business involved in waste and recycling more efficient, and more profitable.

Catering for applications of all sizes, and capable of processing any material that can be screened and sorted, the ALLU Transformer Series comprises of the compact DL & D Series as well as the truly massive M and G Series. All are designed to transform the way in which materials handling and processing businesses are able to improve their efficiency and profitability. The latter have proved themselves on truly massive quarrying and surface mining applications throughout the world, being designed for use by excavators up to 300 tonnes.

Earlier this year Blue Machinery Ltd announced the acquisition of Rammer’s UK dealer, Murray Plant Ltd. As a key part of the Blue Group, this has led to the company now being able to supply its customers with a first class range of products. As well as being the exclusive Rammer dealer for the UK, Murray Plant Ltd is also the Scotland distributor for the ALLU range of Transformers and Processors.

“The opportunity to work alongside a company of Blue’s stature, as well as continue our relationship with Murray Plant which has dominated the UK breaker market for many years, is a fantastic opportunity,” said ALLU’s UK distributor manager, Carlos Guallart. “We are now working with all parties to ensure that ALLU customers throughout the UK are able to benefit from dealing with such respected organisations. As the recent Hillhead exhibition showed, the combination of ALLU equipment and Murray Plant’s expertise has been warmly received by UK customers.”

“What is genuinely exciting for all UK quarrying, demolition, construction, civil engineering and material handling businesses, is that now, for the very first time, the leading brands have now been brought together,” says Murray Plant’s sales director Fergal O’Neill. “Visitors to our stand at Hillhead were excited by the operating synergies now available to them through Blue Machinery and Murray Plant.”

Of Murray Plant’s first Hillhead as ALLU’s exclusive UK distributor, Ola Ulmala, president of ALLU states: “We saw at first hand during Hillhead how the combination of ALLU equipment and global aftermarket support, together with the local knowledge and industry expertise of Blue Machinery and Murray Plant, will enable ALLU customers to benefit from a winning combination.” 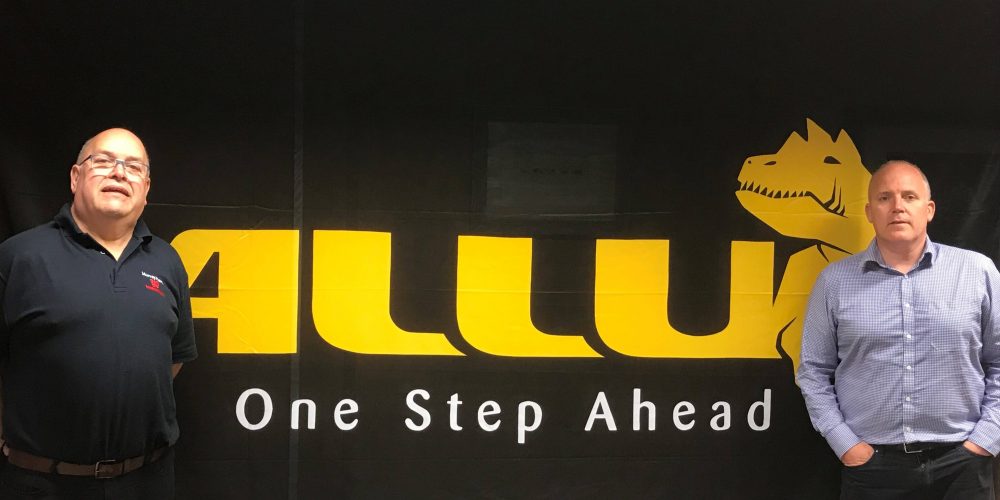 We are the UK’s sales agents for Rammer Breakers, Kenguru Compactors and Allu processing buckets. With over 25 years experience in the plant business we are well known in the UK for our expertise in the “destruction” end of this business